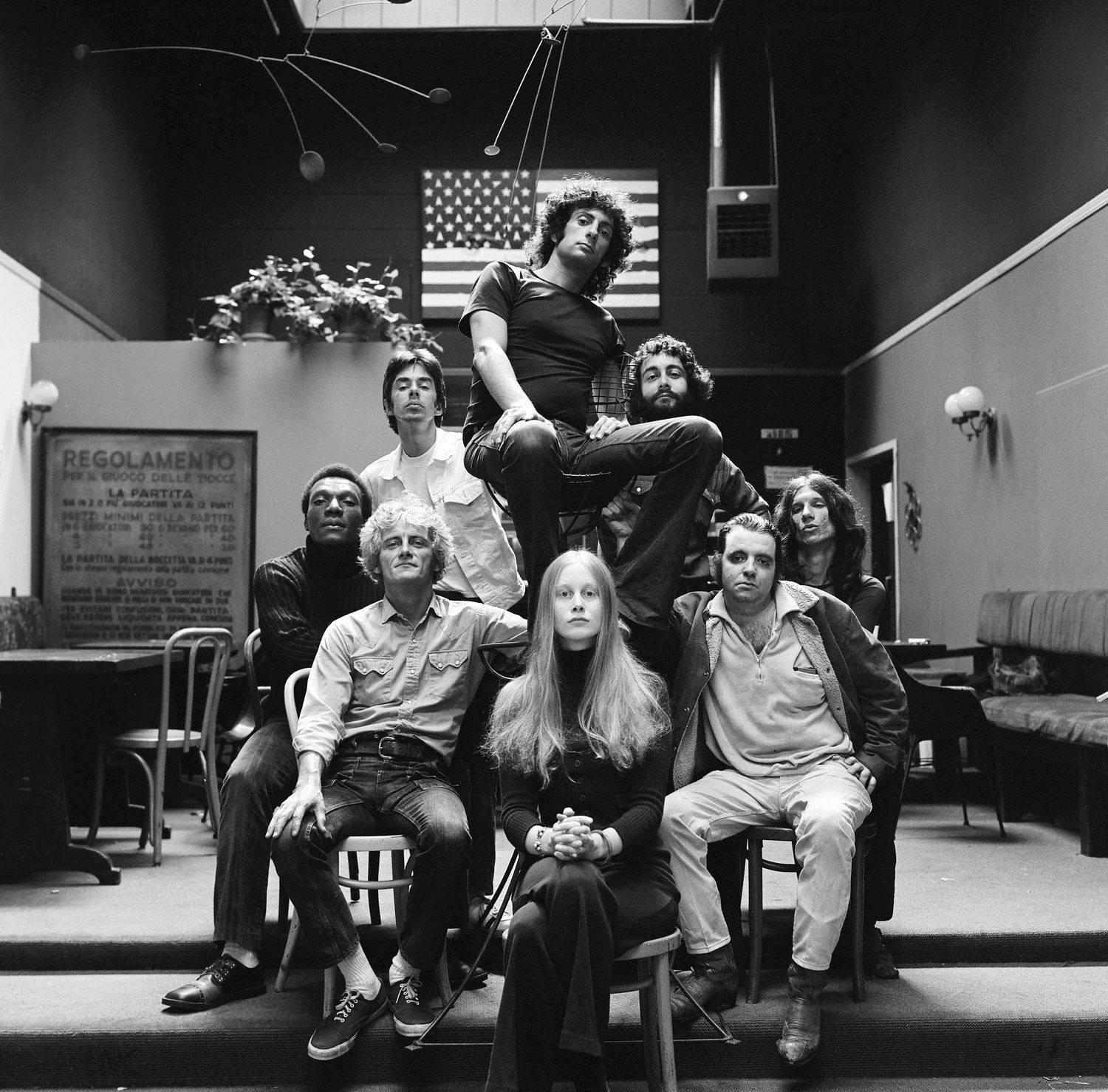 1971 Committee cast photo by Jerry Wainwright
Hankin’s rendezvous with destiny happened on a cold winter night in 1963 when an old Chevy town car full of “malcontents,” double-parked at the corner of Wells Street and North Avenue in Chicago, outside The Second City, and waited for him to exit the theater.

“Someone came into the bar and told me, ‘Hey, there’s a car outside and this guy wants to talk to you,’” Hankin told us.

“The roof was strapped with luggage, piled high like a clown car, and inside was Gary Goodrow, his wife, their two kids, Dick and Katherine Stahl, and Alan Myerson who said, ‘We’re headed for San Francisco and we’re starting a new company. Jump in.’ But I looked around and there was no room in the 4 car. Eventually they sent me a plane ticket in the mail and flew out me out there.

At first the company lived together communally in a railroad flat, pooling their money and sharing meals. They set up shop in the hub of San Francisco bohemia, North Beach — the stomping grounds of beat poets Allen Ginsberg, Neil Cassidy, and Lawrence Ferlinghetti.

“North Beach has always been a repository of outlaws, outcasts, and outside artists. From the Barbary Coast days, it had been a corral of misfits,” actor and former Committee member Howard Hesseman told us.