Even among his contemporaries in The Committee, Hankin was legendary for his ballsy, risk-taking theatrics. Carl Gottlieb, who eventually joined the company after a two-year stint in the US Army, remembers his friend’s fearlessness, even in the face of controversy.

“He would make choices that were really daring, most notably right after the assassination of President Kennedy”, Gottlieb explained.

“We used to do a piece, ’Man on the street,’” which began with an actor who was fluent and knowledgeable about all kinds of news named Scott Beach.

Someone would come out asking suggestions from the audience for a news headline, and the rest of the company would then take turns improvising man-on-the-street reactions to the news.”

“Like everywhere else, the theater went dark for the first two nights until the nation came to its senses,” Gottlieb remembered. “When we re-opened nobody wanted to touch a suggestion of something in the news.” 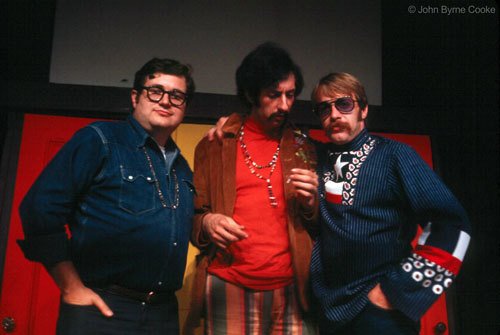