Larry Hankin is a writer, performer, director, producer and Oscar-nominee – and one of Hollywood’s most recognizable faces in the world of character actors. 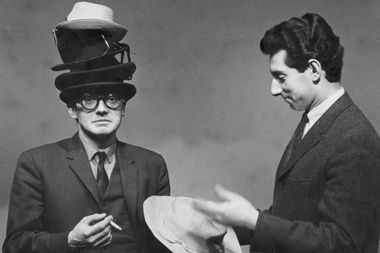 Del Close and Larry Hankin at Second City via dnainfo.com
Larry graduated as an industrial designer from Syracuse University, moved to Greenwich Village with his College Buddy, Carl Gottlieb (who would later write the movie “Jaws”, among others). Once there, Larry started doing stand-up in coffeehouses, and was soon opening for Woody Allen and Miles Davis. He then joined Second City in Chicago, bolted from there to San Francisco with 6 other Second City Runaways and started “The Committee”, a rival improv group.
From there, Larry drifted down to Los Angeles, slept on couches for a few months and, when Penny Marshal needed a tall guy to do a comic dance with on “Laverne and Shirley”, she recalled seeing Larry in “The Committee” in S.F. and invited him on, which got him an agent, and, “I officially became a working actor in Hollywood.” 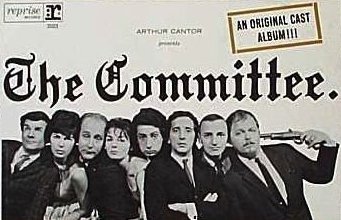 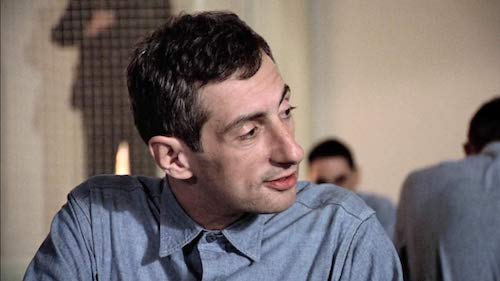 Escape from Alcatraz via IMDb

One of his first jobs after that was “Charley Butz”, a co-starring lead in “Escape from Alcatraz”. His first big paycheck in hand, Larry took a dare from a friend who’s husband was a young camera operator needing “…footage for my cinematography reel”. she dared him to write a film short for himself to direct, play the lead, and produce with her husband as cinematographer, Harry Mathias. one year later their short, “Solly’s Diner”, was nominated for an Academy Award. 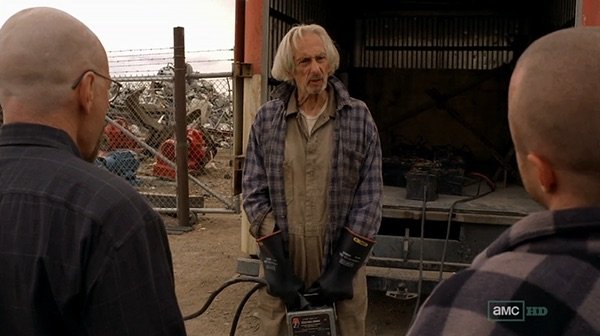 Larry has appeared in over 150 films and TV Shows from “Friends” and “Seinfeld” (“Mr. Heckles” and “The Guy Who Stole The Raisins”), to “CSI”, the junkyard owner who crushed the winnebago and sold the huge magnet in “Breaking Bad,” the Russian hitman Slovka in episode 3 of Bill Hader’s Barry, and recently, reprized his role as go-for-Joe, the junkyard dealer in Netflix movie, “El Camino.”

And all-the-while, Larry’s been exploring 2 characters of his own storytelling invention: one is feisty, old, “Emmett Deemus” (“Don Quixote on a motorcycle”, in 3, 10-min. film short “episodes” of, “The Outlaw Emmett Deemus” and as a homeless panhandler in “Emmett” in Peopleland” on Vimeo). The second, “Sometimes Jones” is in a set of funny fables about a young runaway, “The Quirky Fables of Sometimes Jones”, growing into manhood on the streets of an amazingly illogical and ridiculous world.
Exploring both on stage and in his one-man show, “Street Stories”, and in his many film shorts, Larry has recently compiled most of his comic and satiric rants, stories, fables, and Doggerel “pomes” in his book, “The Loopholes Dossier”, which has just been published and distributed worldwide by Bookbaby Publishers in Ebook and Hard Cover versions on all platforms including Amazon, Barnes & Noble, Kindle, Hulu, etc., etc. 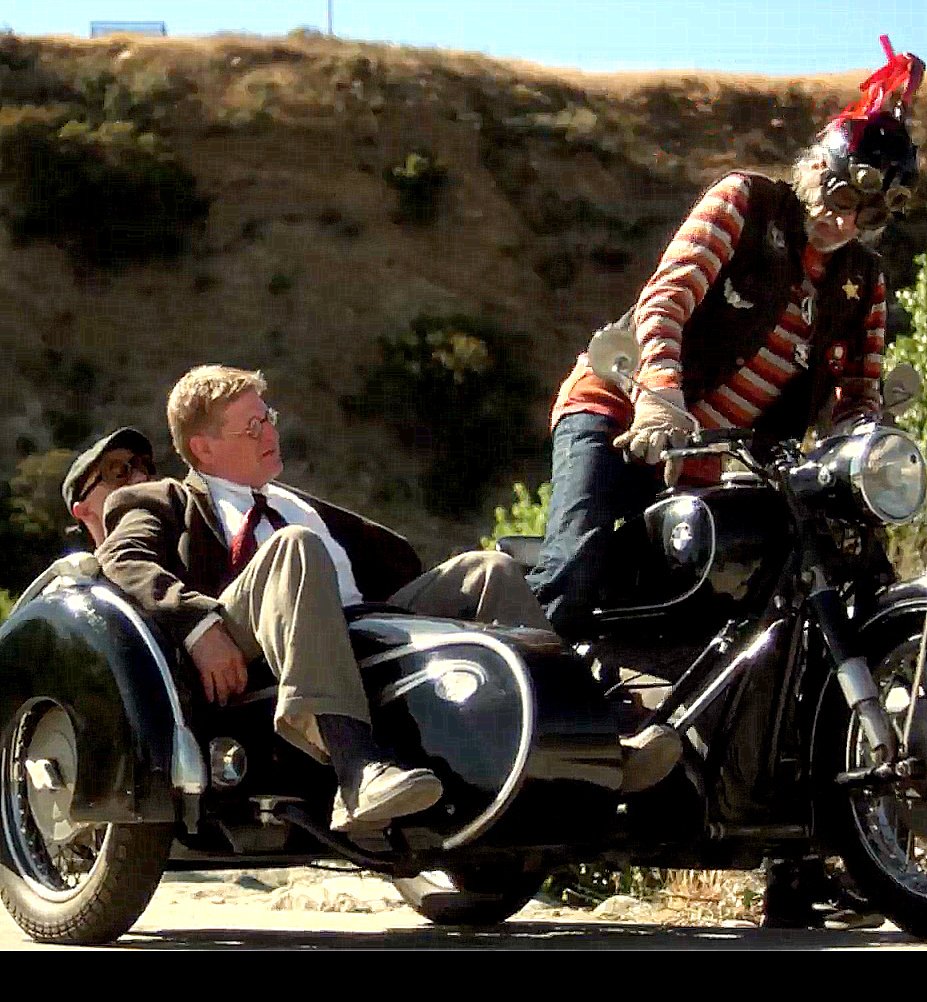 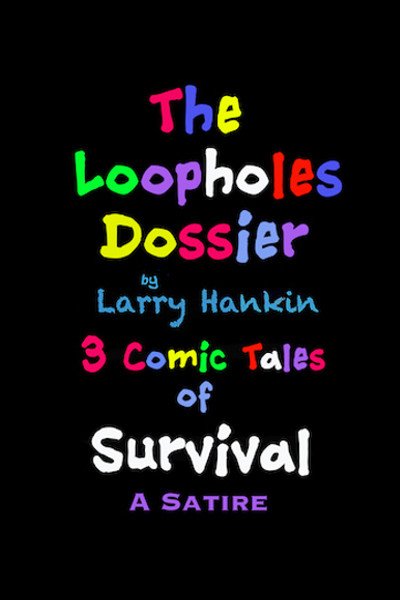 The Loopholes Dossier - a satire

Back-in-the-day, Larry Hankin lived homeless for a year. In his new book, “The Loopholes Dossier – a satire”, Larry explores the amazing and comic ways different types of Homo sapiens not only survive, but choose how to define it.

Get a Copy on Amazon

…a delight, like an amalgam of Lewis Carroll stories & Grimm fairy tales, all starring Buster Keaton.

In the world of Barnum, no conventional wisdom — especially his own — goes unchallenged…a distinct character in a sea of cultural cliches…Hankin makes Barnum paifully alive…Savvy…

…a bright patchwork of characters…

…the tall-tale-telling biker rabel Roadrash Jones, is a scrappy hero straight out of folklore.

Sometimes Jones is a Chaplin for our times.

Breaking Bad has had its countless supporting actors fill the ranks of drug enforcement agents, Mexican cartel psychopaths, and tweakers in its five seasons of crank-laden high opera. But only Larry Hankin, the veteran actor who played Old Joe…

“Ferlinghetti’s City Lights Books’ publication of Howl put Beat Literature on the map, and it was always known for being an iconoclastic community.” From the moment The Committee opened its doors in April of 1963, its anarchic humor and treatment of difficult...
Read More

"Even though I knew I would never make a penny working with Hankin, whenever he asks me to be in a project of his--to this day--I say, 'How high?'" said actor Paul Willson who has acted in several of Hankin's films. "I also have way too many magazine subscriptions."...
Read More

Even among his contemporaries in The Committee, Hankin was legendary for his ballsy, risk-taking theatrics. Carl Gottlieb, who eventually joined the company after a two-year stint in the US Army, remembers his friend's fearlessness, even in the face of controversy....
Read More

“Finally, after ten days or so, [director] Alan Myerson decided it’s time to put the ‘Man on the Street’ back on the show. With trepidation, the actors are hovering in the wings, waiting to hear what the audience suggests is the news topic of the day." Amidst that...
Read More